Phil Mickelson was a +25000 to win the PGA Championship at Kiawah Island prior to the event. For those not familiar with how odds work, if you had bet $100 on Mickelson to win the tournament, you would now be richer than post-divorce Bill Gates.

Speaking as somebody who only knows a little bit about golf, I know Phil Mickelson. He’s famous. He’s a previous to this weekend four-time PGA Major tournament champion. He’s a celebrity golfer. He’s so well-known he was approached by the same disreputable faux college-entrance counselor Full House’s Aunt Becky and her husband used to get their kids into college. And that dude only went for the rich and famous clients. But he hasn’t won a major prior to this weekend since 2013. And even then, his career reputation was that of a “choker”, given how many times he came close, or opened strong, but couldn’t close.

And now the man known as “Lefty” is 50. Despite the reputation of golf by non-golfers as a sport a pudgy middle-aged guy can dominate, that’s simply not the case. No 50-year-old has ever won one of the prestigious PGA four annual Major tournaments before. Never ever. I could look to see the oldest lefty who has, but I’m saving my remaining Google searches for more important things, like what non-shellfish items I can eat at Red Lobster this weekend with my in-laws. Hint: bread and napkins.

Let’s put Mickelson’s winning at 50 into perspective. The oldest person to ever play in the NBA was 45. Nat Hickey for the Providence Steamrollers in 1947 if that ever comes up in your hardcore sports edition of Trivial Pursuit. He played one game that season, then possibly stroked out and was buried at sea. Robert Parrish was the oldest NBA player on a championship roster. He was 43. His nickname was “Chief” from how much weed he consumed. So it’s possible he didn’t even know he was on the bench for that playoff series.

Adam Vinatieri is the oldest active NFL player, at 46, but he’s a placekicker which doesn’t count. Not just in the record books, but in life in general. That’s harsh but fair. Besides, Raiders kicker and former QB George Blanda played in a game at 48 in the 1970s. We’re all familiar with Tom Brady’s claim to AARP fame. He’s won three Super Bowls in his 40’s, the latest this past February at 43. Can he go to 50? Unlikely, but much is dependent on keeping his supply of Amazonian rainforest native children’s blood flowing. Don’t be grossed out. It tastes like chicken.

Gordie Howe played in the NHL until 52. I have no idea how well he played at that age because I’m not a hockey fan and I’m too scared to ask Detroit Red Wings fans even the most innocent question. I like my face. Famed Negro league pitcher Satchel Page was brought back as a stunt to pitch when he was 60 in the Majors, but other than that, even during the steroid-infused era most guys couldn’t get past early-40’s before flaming out. The oldest current MLB player is 40. Bartolo Colon pitched until 44, but he averaged only four steps of movement on his Fitbit per season.

Randy Couture is the oldest UFC champion ever at 45. And that’s in a sport where 33-38 can often be the peak years of total fight performance. But even Couture was an outlier. By 40 most guys are sick of being kicked in the face over and over again. I was sick of it by 12 when I accidentally picked a fight with a kid whose dad for some unknown reason was teaching his son Brazilian capoeira. I never had good luck in school fights.

Back to Phil and golf. The previous oldest Majors winner was Julius Boros at 48. That was 53 years ago. Golfers age out like all other sports. Tiger Woods may be the best-conditioned golfer ever, but he won his last Majors at 43, and his back and legs are pretty much shot; that was even before his recent car crash which almost certainly signals his competitive golf career end.

Phil Mickelson has a dad bod. That’s not a criticism, unless you’re a professional athlete, then it’s probably not the height of compliments. The term was used a lot during the recent NFL draft to describe Alabama quarterback Mac Jones — by his detractors. Even if your wife says you have a dad bod, followed by, but I think it’s cute on you, she’s lying. And probably sleeping with the postman who does HIIT at the gym.

To sum up: dad bod, old, not clutch, and wins the 2021 PGA Championship at odds so long no amount of Bob Baffert skin ointment could make him a winner. But he did win. And let’s not gloss over the rampant and systemic bias against left-handed people in our country. See scissors. For righties, a simple and helpful device for slicing or cutting objects. For lefties, a bedeviling torture device forged by a hateful god. I’m not sure it’s exactly the same with golf clubs, but suffice it to say, you simply can’t ask the next guy on the course to borrow his clubs. They won’t work for southpaws. Plus, he’ll probably throw in a lefty slur.

What Phil Mickelson accomplished by winning this major isn’t merely a personal achievement, but a win for all middle-aged men who’ve been told they’re too old or too chubby or too slow to be playing full-court pickup basketball by some young punk named Jared at the 24-hour Fitness. Sorry, that last part got personal. Not that Mickelson will be sharing the $2.1 million first-place prize package for winning The Ocean Course at Kiawah Island this weekend, but in a sense, he is sharing the glory with the rest of his herd. We, not the greatest generation, but we did have to take typing in high school. Also, our video games sucked. Minus Coleco Electronic Football, obviously.

Bless you, Phil Mickelson. You and your super hot wife. Oh, how I promised not to mention her. Go, Lefty! 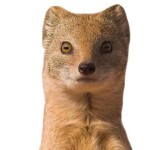