Floyd Money Mayweather took on Logan Paul in an exhibition boxing match at Hard Rock Stadium and it was a thrilling show, to say the least. Keyword: “show”

Paul even managed to last all eight rounds against one of the greatest boxing legends of all time, defying all sensible logic along the way. He also came out looking like a champion in the process by holding his own.

Here at BeerLife Sports, we love the action on prop bets and found these to be the best ones of the bunch from the Mayweather versus Paul match.

#5. Will Floyd Mayweather or Logan Paul be knocked down?

Who goes down first? That was one of the biggest questions heading into the fight between Floyd Mayweather and Logan Paul, and a lot of people put their money on the Youtuber going down.

Oddshark.com even had the Youtuber at -400 to fall flat on his butt, making for what one would assume to be a pretty safe bet. Compare that to Mayweather, who was listed at -700 to not fall down and you can see how little faith anyone had in Paul.

He ended up getting the last laugh after lasting eight rounds without being dropped by Mayweather. The former boxing champion didn’t get knocked down either, which was pretty predictable outcome.

#4. Will Logan Paul or Floyd Mayweather have a hood over their head during entrances.

A lot of attention was focused on the actual fight Sunday evening, but that wasn’t the only thing oddsmakers were willing to take action on.

Oddsharks.com allowed betting on who would have a hood on during their entrance, giving gamblers a variety of different options to pick from. Paul ended up being the only one to don a hood though, giving those that bet on that happening a nice little payday.

#3 Will the Mayweather versus Paul fight go the scheduled distance?

Going the distance is not something that people thought would happen during the fight between Logan Paul and Floyd Mayweather, but the YouTuber proved everyone wrong.

Too bad most of the people that believed in him were under the age of 18 and not able to take part in any kind of gambling.

#2 Did Floyd Mayweather and Logan Paul touch gloves before the fight?

Touching gloves before a fight is a big thing in boxing and that has to do with it being a show of respect between competitors. If the two competitors entering the ring respect each other, they will touch gloves in order to wish each other luck.

If they don’t, there’s a good chance that the fighter feeling disrespected is going to take it out on their opponent. A fighter refusing to touch gloves could also be a sign that they intend to come out swinging.

Mayweather and Paul did touch gloves before the first round, giving those that bet on it happening at +150 a nice little payday. It was a lucky guess with all the trash-talking that took place though.

Jake Paul even tossed Mayweather’s onlyfans hat at him during the entrances, but nothing seemed to deter the two competitors from showing respect for each other.

#1. What would happen during the Logan Paul vs Floyd Mayweather fight?

Options. That’s exactly what gamblers had when it came to this bizarre prop bet. These included things like whether the two would try to low blow each other, who would knock the other’s mouthguard out, and other ridiculous scenarios.

The best had to be whether Jake Paul would enter the ring during his match to assist his brother. There was also a bet on whether Paul or Mayweather would bite each other’s ear, but that never happened.

Nothing ended up happening. The two men just kept throwing some half-hearted punches and awkwardly hugging to waste time. All this did was help Paul run out the clock, so he looked like a hero.

If awkwardly hugging to waste time was a specific bet, more people would have taken part in that action. Too bad Vegas didn’t stop to think about that. There could have been a lot of money to be made there over the whole is it fixed debate. 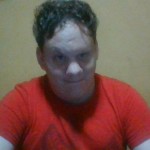