There has been a stunning revelation in the world of sports betting; a major deal has been reached involving a Las Vegas-based sports betting group and college football. On Monday, it was announced that Caesars Entertainment had signed a multi-year partnership with The Fiesta Bowl in Arizona.

This is the first partnership between a college bowl game and a company specializing in sports betting, and it reveals that college athletics is finally embracing sports betting. Caesar’s will host fan lounges at the Fiesta Bowl in suburban Glendale and the Guaranteed Rate Bowl at Chase Field in downtown Phoenix as part of the deal.

Sports betting will become legal in Arizona on September 9th, and teams will play both of those games around New Year’s Day. This landmark deal is the first of its kind, and it begs the question, what does this mean for the future of collegiate sports betting?

With this deal coming through, it’s proving that there is becoming much more widespread acceptance for gambling, even on “amateur” sports. Arizona has been at the forefront of this acceptance and adoption since passing the legalization of sports betting in April.

Its sports teams and events have taken full advantage of the new law, from the Arizona Diamondbacks to the Suns to even the Mercury, all signing exclusive deals. Now with the progression of sports betting to include singular events, it proves that the sportsbook market is booming and does not appear to be slowing down.

This opens up an entirely new realm of possibility for these sportsbooks. Originally, we saw individual franchises and leagues create deals to create betting services at their stadiums, but this development brings sports betting deals to another level.

Currently, there are 40 licensed college bowl games. That is the possibility for 40 more exclusive deals that could bring even more revenue to an already growing space. Along with this, this deal opens up the opportunity for more College athletics sportsbook deals. What if there was a deal for March Madness? Or possibly the Frozen Four? Both of those outings are incredibly profitable and could raise revenue significantly for any sportsbook.

With the sportsbook industry being so hot, major players are starting to come out of the woodwork. Fanduel had already secured the Suns and Mercury in Arizona, but Caesar’s Entertainment is proving to be a mainstay in the industry. It has not only signed this exclusive deal with the Fiesta Bowl in Arizona, but it is also the premier sportsbook for the Arizona Diamondbacks as well.

With so many sportsbooks entering the space, these exclusive deals are going quickly, and Caesar’s is at the forefront of securing current exclusive deals and developing new ones, such as those seen here. Overall, this proves that along with Fanduel, Draftkings, and MGM, Cesar’s entertainment sportsbook is here to stay as one of the key players in this developing industry. 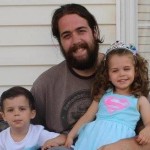